Markets and a Mosque

We set off this morning to Mutrah, the part of Muscat which is the port and home to the Fish market and the Souq.

Parking beside the modern fish market was easy. 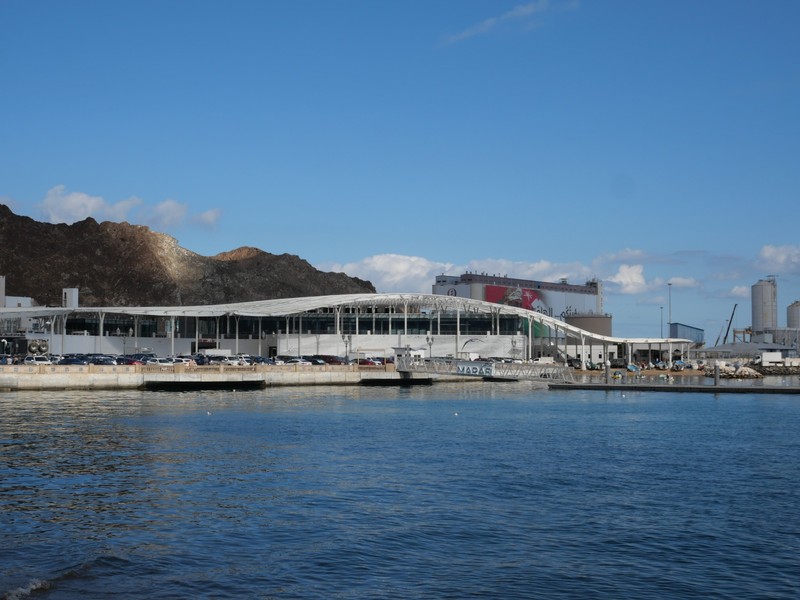 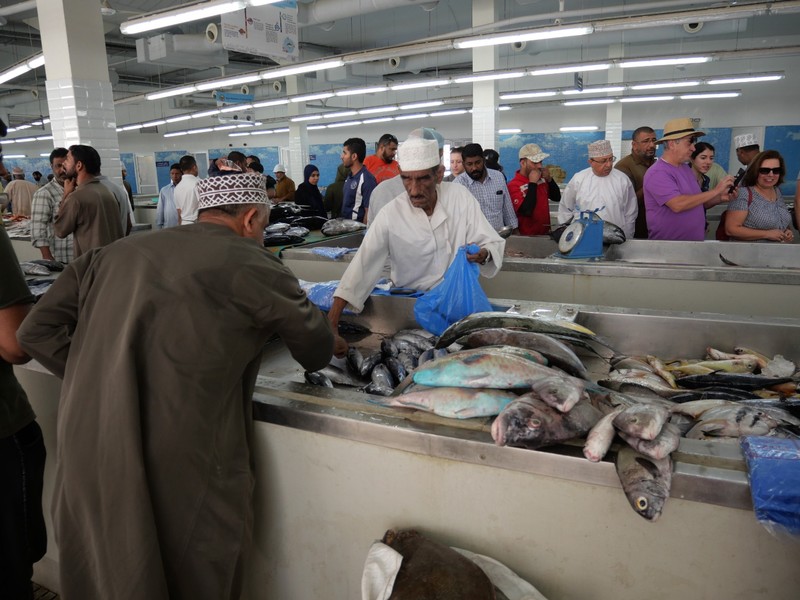 Interestingly, it was mostly men doing the shopping. 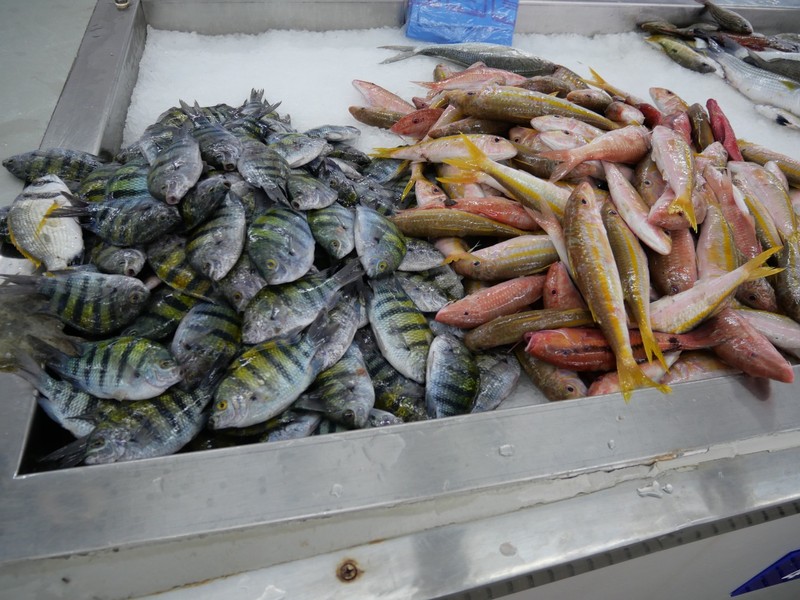 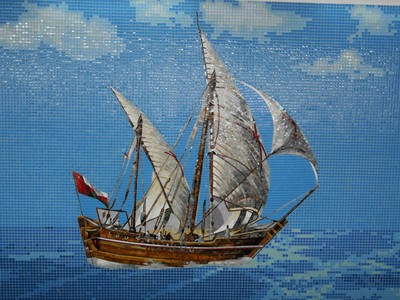 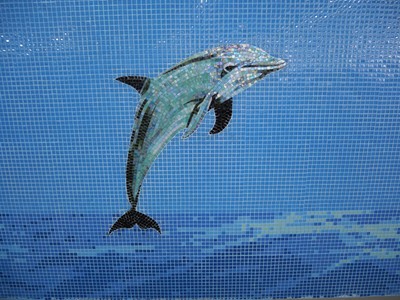 There were lovely mosaics on the walls of fish and fishing boats.

We then walked along the corniche, past the Royal Yachts again, to the Gold Souq. 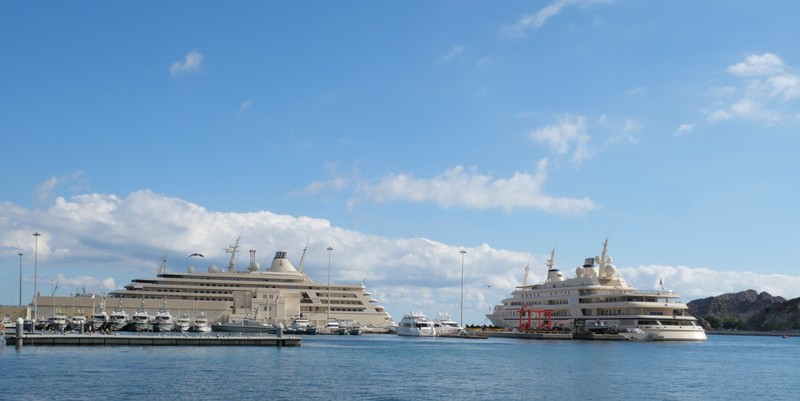 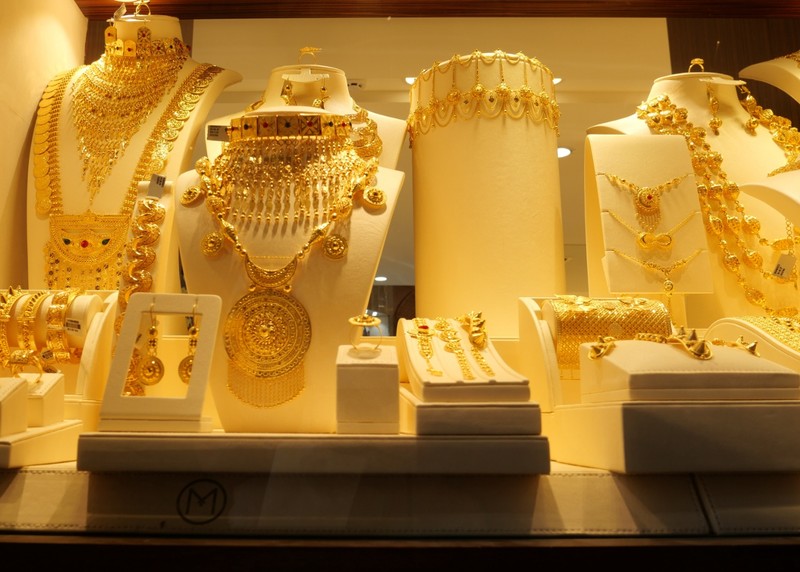 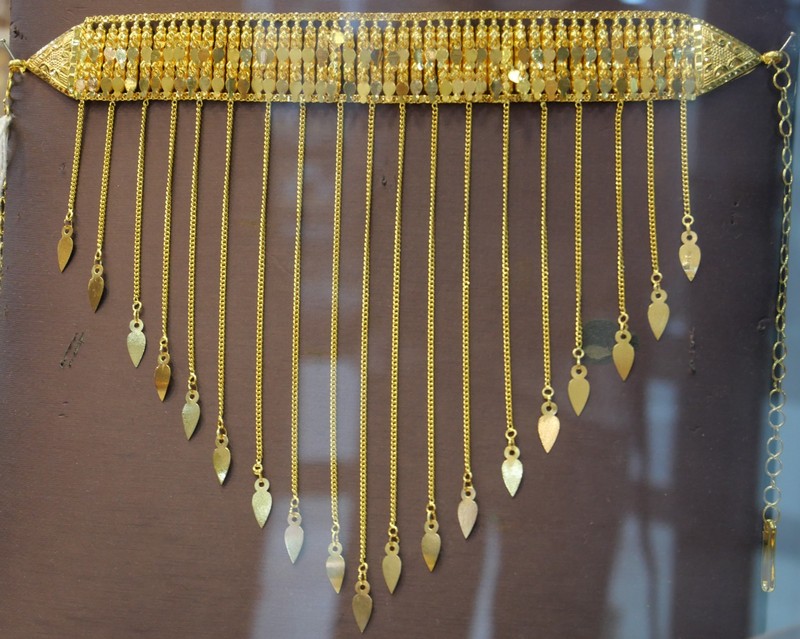 The gold Souq is full of bridal jewellery, and most of the shops were well attended. 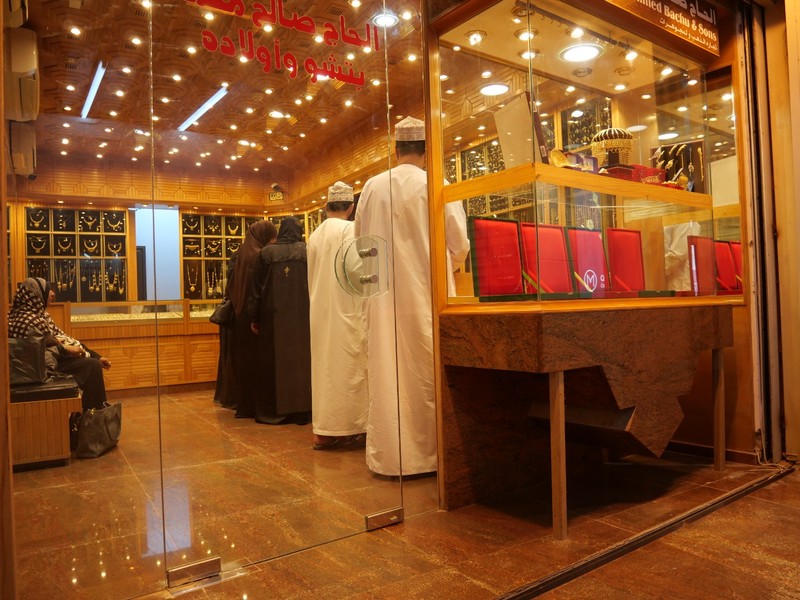 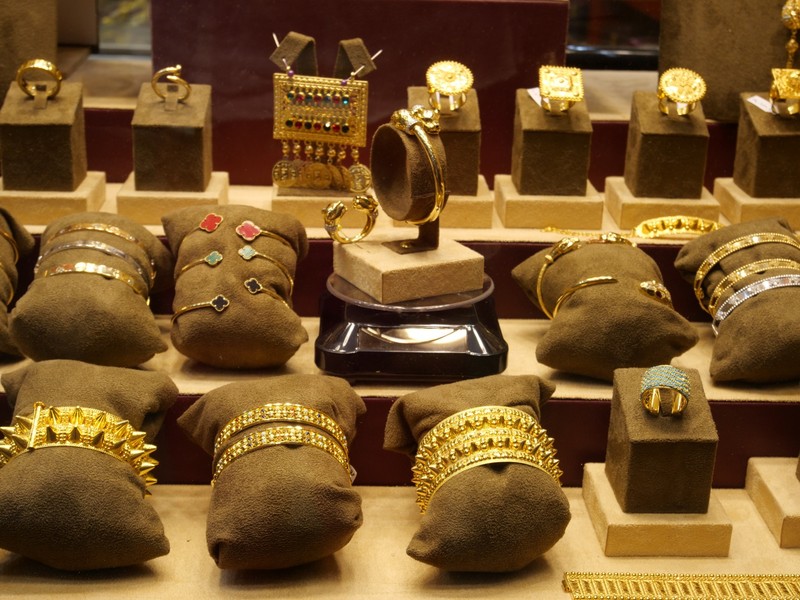 Note the knuckle duster type bracelets which seemed to be a popular design!

The Gold Souq merged into the tourist Souq, and every shopkeeper wanted to lure us into his shop. We wandered along behind a big group of Italians. Pashimas in cashmere and silk (allegedly) for all sorts of prices, fro £2 to £40. Finally I was tempted and bought a cashmere one for £12. It feels nice anyway.

Otherwise there were men's hats, lamps, coffee pots and other souvenirs to be had. 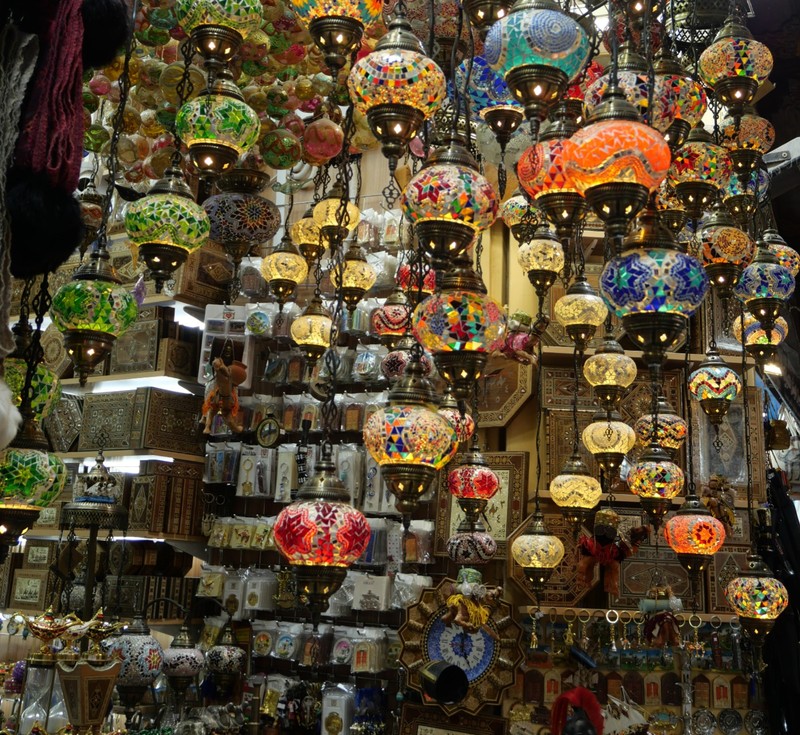 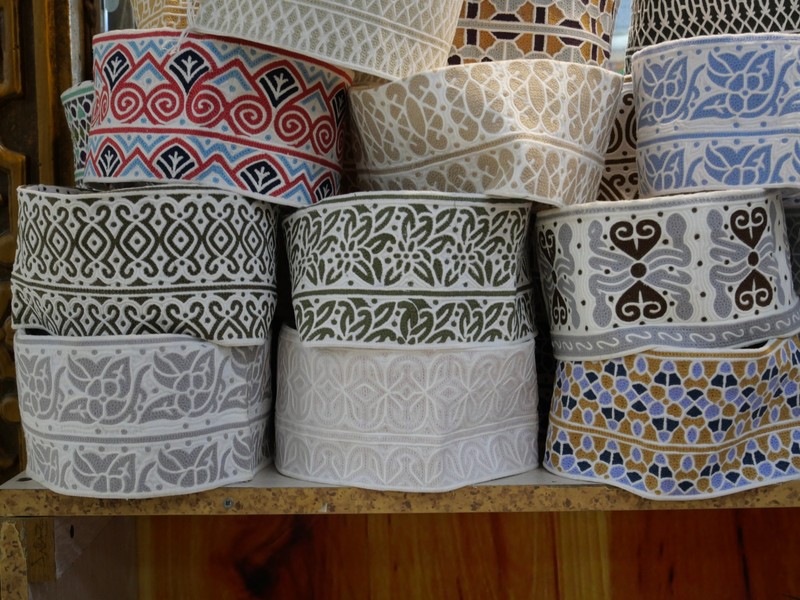 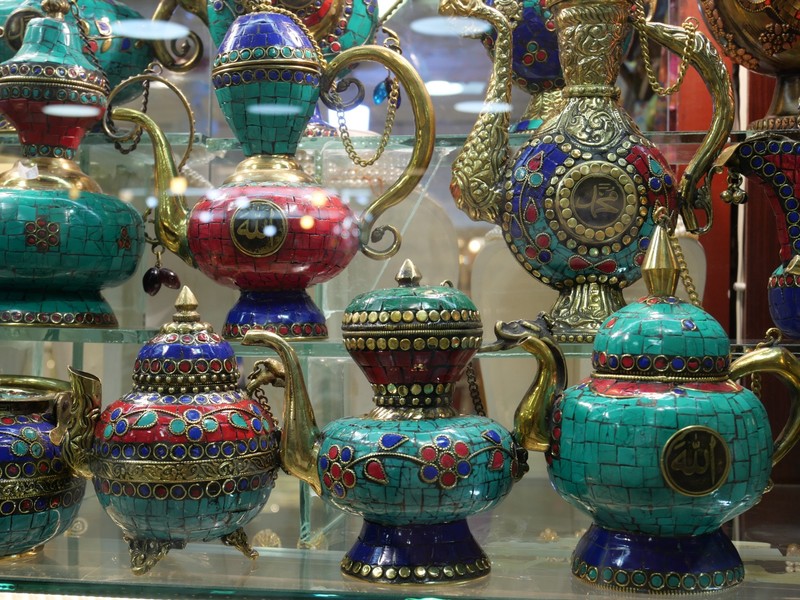 We stopped for a mint and lime juice and some lunch, and watched the world go by for a while before heading south to find Old Muscat. We stopped outside a Mosque and found an entrance to the old quarter. It wasn't very interesting, and after spending some time in the cemetery, we headed back to the car. I was taking a not particularly good photo of the mosque.... 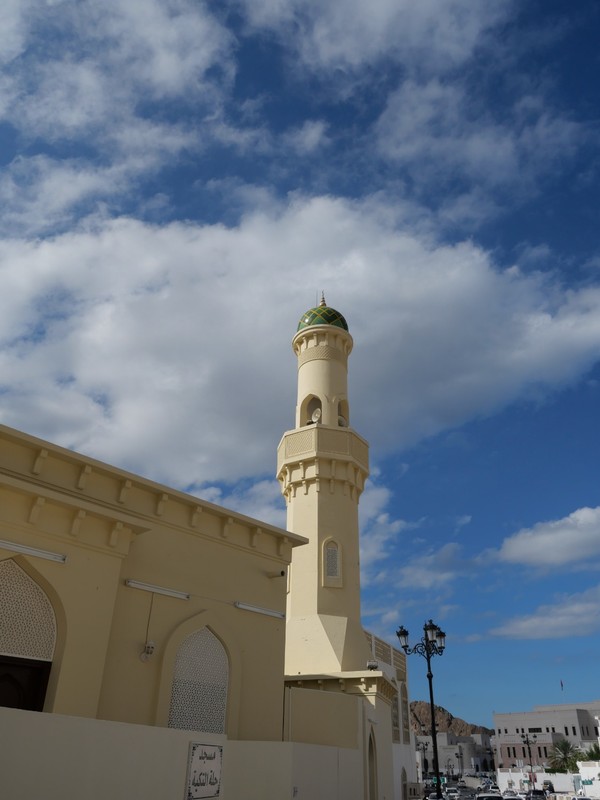 When an elderly gentleman asked us if we would like a "shufti" inside the mosque. With alacrity we said yes! Thank goodness I had bought my scarf in the Souq (I had just taken my scarf out of the boot last night!) So we donned our scarves, removed our shoes and followed him inside. It was quite a simple affair, and as he didn't speak more than 3 words of English it was quite hard to understand what he was trying to tell us. He encouraged us to take photos, and even gave us a personalised call to prayer over the loud speakers! The board which looks like a currency exchange board, is actually showing the prayer times! 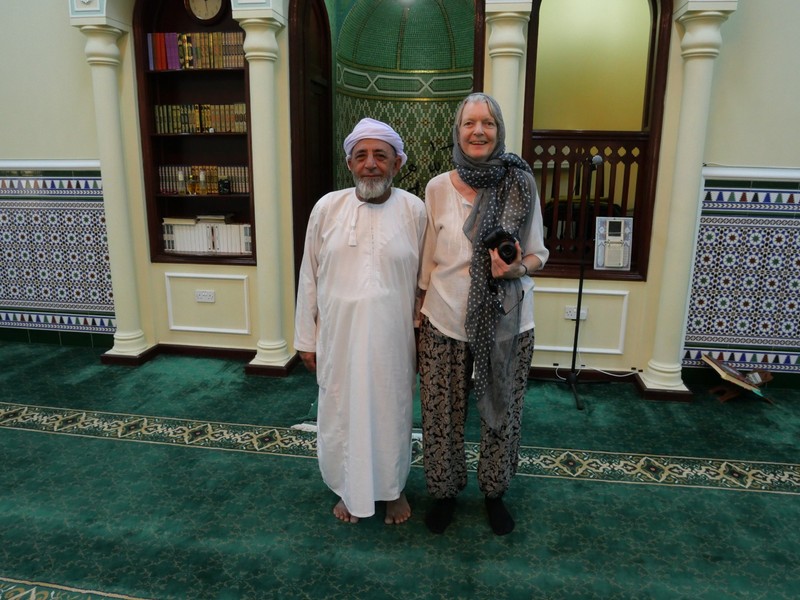 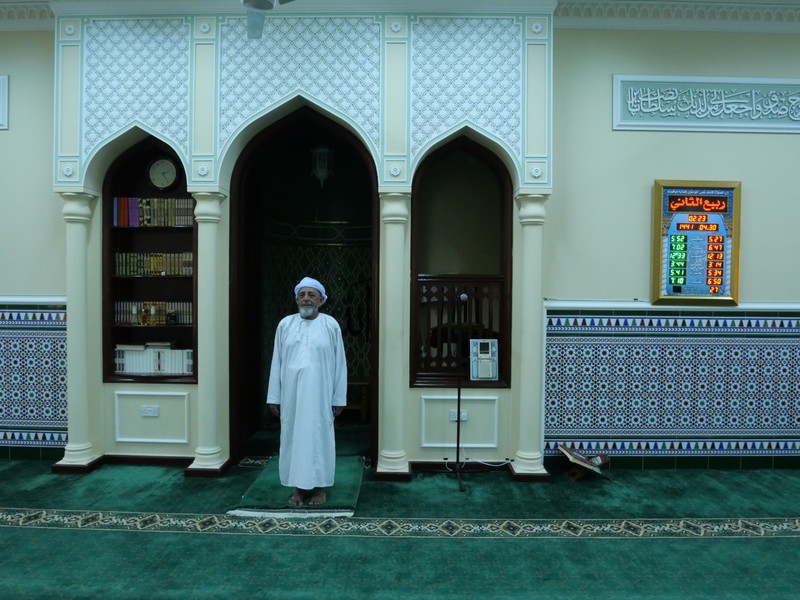 As we left, he said something which we took to mean "wait a minute", and moments later he returned with two bottles of mango juice. What a sweet man!

We then took the long route home, over some mountains, which were host to giant electricity pylons. 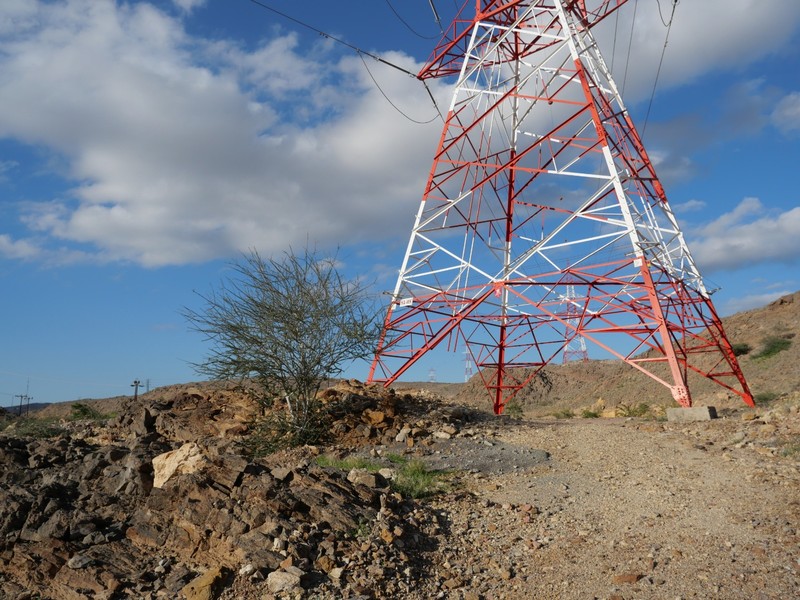 And then we stopped to take photos of this Indian suburb of Muscat, before heading back to our hotel for our last night before catching the plane home tomorrow. 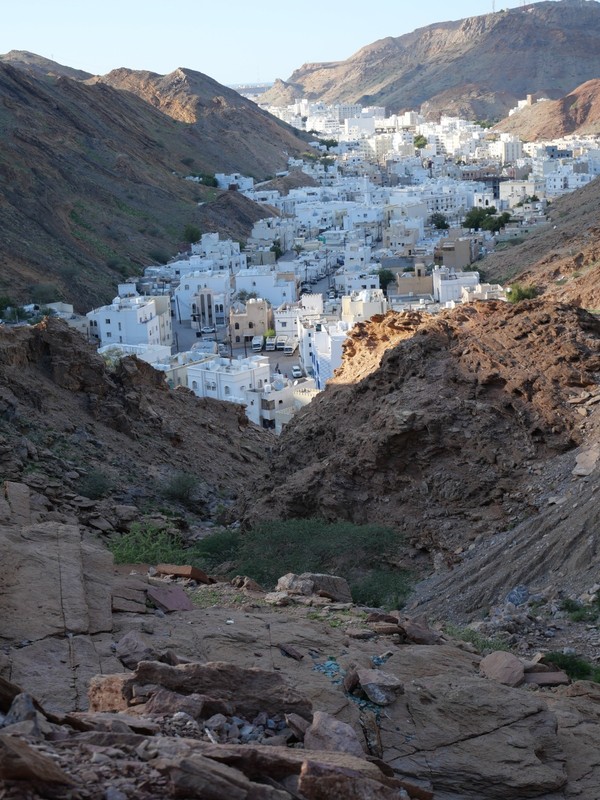 I hope you have enjoyed this glimpse of Oman.

Previous Next Table of contents

So pleased you were tempted to buy your Pashmina, It will serve you well even in your own environment, unlike the knuckle duster gold bracelets.
Have a safe journey back to U.K. and then it’s ‘Hello 2020’

This blog requires you to be a logged in member of Travellerspoint to place comments.

If you aren't a member of Travellerspoint yet, you can join for free.